Musings From The Rabbit Hole

One has not lived, neither can one understand until they have climbed into the rabbit hole. And be prepared to fall, fall, fall for what may seem like forever. Your first rabbit hole you have already experienced when you were born as you were forced down a canal designed for what we call birth yet it is nothing more than forcing you into another reality. Whether you asked for it or not is irrelevant. It is only the first of many mergings of life and death.

You know what I am talking about. Surely a baby thinks he is dying being ripped from the very world of peace, comfort and contentment where they never even experience hunger, cold or want. They never even have to breathe. Then after much trauma they find themselves in a world of noise, bright lights, smells and having to breathe for the first time…breathe in air from another world that is mixed with all the air that every person before them has breathed out, every thing capable of being expelled from every plant, animal or machine. Then, that final life giving cord is cut and bound and here they are whether they want it or not. But for the warmth and coddling touch of the one who gave them birth the suffering and transition would be even worse than it has been to this point. These have hope and may be guided along the way by those whom they later know as family. But there are those who do not know this warmth, this touch of life for they are rejected by the one who gave them birth either by the choice of the one who birthed them or by her death. Yet here they are whether raised by those called family or raised by the robotic system of the machine of civilization. Cold and calculated yet better than those who were surgically murdered.

Mergings of life and death…it happens over and over again. Every time we fail and recover, every time we narrowly escape death, every time we are rejected and yet still live, every time we are loved and cast aside, every time we are hated for no reason at all, every time we cry out but are not answered. Life has a way sometimes of burying us alive. Sometimes it comes from nowhere yet comes from everywhere.  Like seething cauldrons of oil dumped upon your head burning your face, burning your body. You scream in agony to anyone who will deliver you from the pain, but there is no deliverance.  Those you know then descend upon you and say “Here is your deliverance” and drive the shafts of their blades deep into your soul.  You draw yourself deep inside.  You close your eyes, but this does not shut out the blood as it runs down your arms and chest and drips onto your feet.  Naked you crawl away and under a crevice in the wall that is too tall to climb.  But you are not hidden because the eyes of your own shame stare down upon you condemning you for what you are.  There is no relief…only temporary rests in between knowing at any moment its attack will be upon you again….You crawl into a fetal position and imagine you are safe inside away from a world you wish you had never known. 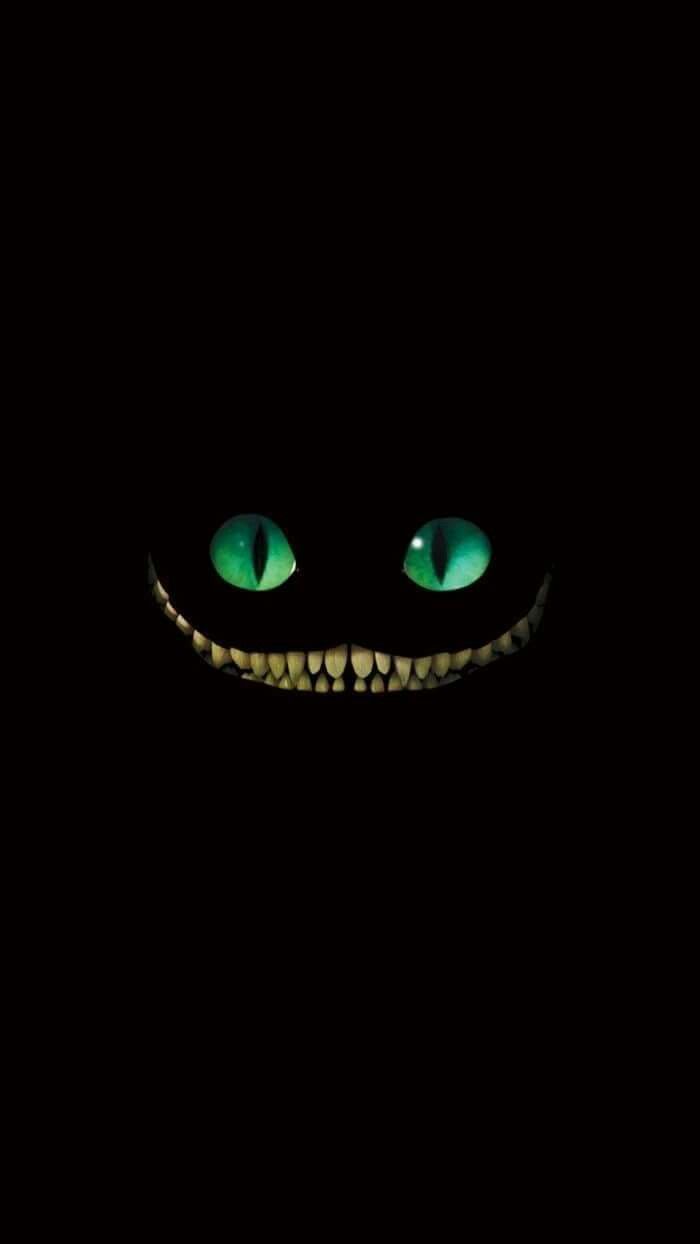 Oh and beware once you are upon your feet again and you have survived the fall…yes, survived the fall but for what? Utter terror comes in many subtle forms, almost never that obvious, more like a tiny worm that is unknowingly boring its way into your brain till it has eaten away all happiness and by the time you realize he is there it is too late. It is so sad when you realize that the loving eyes that looked upon you all your life are nothing more than a Cheshire cat’s disembodied eyes after all that have hypnotized you and fed you with the nectar of pleasure and assumption only to disappear and leave you all alone in a place you thought you would be together forever only to find yourself more alone than you ever thought possible.

What do we really have anyway except to create an illusion of or choice that is the most palatable and least toxic that we can come up with? The eyes of the Cheshire cat can lead you to utter despair and abandon you or choose an illusion of some thing, some place that is new where you can rule and conquer. Or, what about that worm eating into your brain? You could let him have his way and eat away all your happiness or you could laugh at him like he is some ridiculous caterpillar smoking a hookah and sit there entertained at his non-sensical musings. Philosopher, indeed! Destroyer of worlds, indeed! But do you know where such an illusion will lead you? It will lead you to a terrible queen whose favorite phrase is ‘Off with your head!’ defended by soldiers who are no more than a deck of cards that will try to beat you down with their clubs and bury you with their spades, crushing your hearts while often tempting you with diamonds designed to distract you and lure you into their trap. 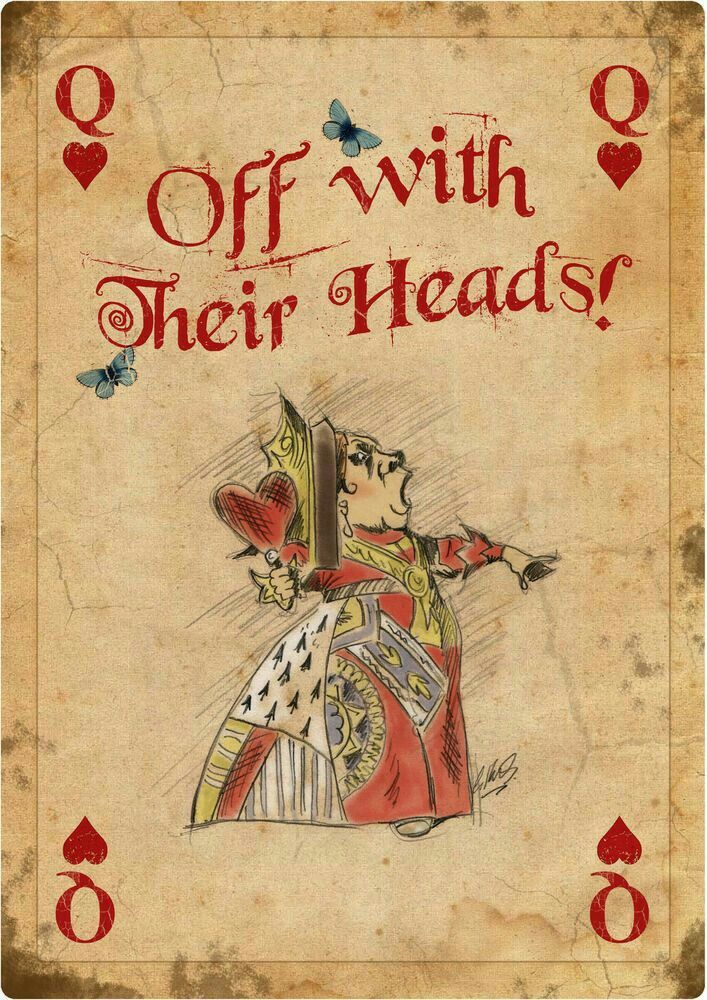 Along the way you will also meet those who will guide you along the way but you may miss them and dismiss them as only mad…mad as a hatter. Beware whom you label as worthless, mad hatters or some crazy crone. The true guide is always disguised and by design mask themselves so that only those who truly want guidance will recognize them. Don’t follow the obvious ones like white rabbits rushing you, bidding you follow them and even telling you you are late and must hurry and follow them for they will surely lead you astray and by following them you will surely miss the not so obvious true guides along the way. The true guide for a teen may be a parent who loves them but they dismiss because they only seem to want to slow them down. The true guide says ‘stop, slow down, think, open your eyes’. The true guide may be the one that appears crippled or ugly but they only seem so because the White rabbit has made you to believe that a true guide can only be young and beautiful. Beware they that appear to be angels of light. Sometimes you have to look deeper. If that one that wants to guide you is serving you only things that are tasty and sweet beware for they are but baiting you for their trap and will soon have you in their dungeons, so down, so powerless, so deceived that they don’t even have to lock the door to your prison for they know you will not escape because by then you do not want to escape. 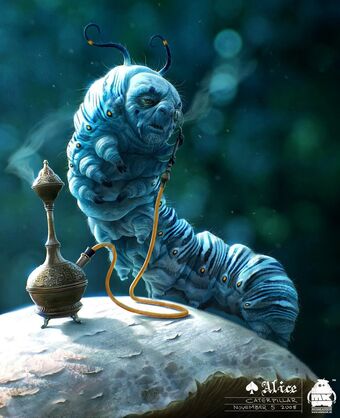 So, am I saying avoid the rabbit holes? No, just the opposite. But remember when entering them that they are but birth canals. They are inevitable. You cannot avoid them even if you want to. If you locked yourself away in the deepest of prisons or moved to the most remote place on the planet or even sat on top of a stone column you would still find yourself toppling down the rabbit hole whether awake or asleep. I would go so far as to say that you will experience them in life or death. Death is not even an escape for it never really ends.

Life and death merge in the rabbit hole. When you finally realize that life and death are but constructs we create that create the illusion that we are actually able to understand such things. What arrogant creatures we are. Life and death are in many ways the same thing. Think about it. We have control over neither of them. Even if we kill ourselves or another we have only proven it is inevitable and timeless. When life and death happen is ultimately out of our control. We may accelerate when they happen and choose the illusion that we had something to do with it but whether we do or do not they still happen. And if we choose to bring about life or death did we cause it or was it meant to be as it happened?

Ultimately we cannot avoid falling down the rabbit hole. All we can do is to make sure we land on two feet. In other words whatever the situation face it standing. Stare that Cheshire cat down until he blinks. Create your own illusion and take life on on your own terms as much as is possible. When life says ‘Off with your head’ respond with ‘Bring it on’. When the spades dig a grave with your name on it, laugh and walk over it. What else can you do?