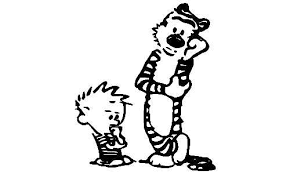 I think most people when they think about faith they think of it being a religious thing and often use the word as a noun as in “My faith is such and such church”. But faith is so much more. You need not even be part of a certain religion to have faith. Faith is certainly spoke of and defined in various ways among these religions and most consider it integral and vital to their belief system.

But faith is so much more! Faith is the  ability to see beyond circumstances and limitations and to dig deeper to find the strength to do what must be done.
I am going to use a definition of faith from the Bible,  not because I am trying to sell a particular religion to anyone but because it is such a great definition!  Faith is the very substance of things hoped for and the evidence of things not seen is well said in Hebrews 11:1. Makes sense! There are those times in life when we cannot see any hope in a particular situation, where the odds are against us and it just seems impossible. Yet something within us rises up and reminds us that impossible is not even a word in the warrior’s vocabulary, it is just a reason for someone not to try.
We are capable of so much more than we think. Human beings have been doing impossible feats, overcoming incredible circumstances, going from zero to hero so many times in this world that it can’t be counted. Why? Because they believed in something beyond their own strength and capability. They reached beyond what they perceived they were capable of and ignored their limitations and achieved the ‘impossible’. Where do you find the strength to rise when you are down? Where do you find the strength to get up and fight a little longer? You draw from something deep within your spirit beyond explanation and words. It is beyond trying, it is doing what needs to be done. It is seeing the substance and evidence of a thing that seemingly does not exist but somehow you see it in your lowest, weakest moment.
Faith says, “Don’t give up! You have to face the clouds to see the silver lining”. Faith says, “Is the enemy running toward you? Run toward him!” Faith is what helps us look the enemy in the eye and say “Bring it!”. Faith is what takes the fear we have and turns it into the strength we need and even turns it into chains to bind our enemy rather than our enemy binding us with fear.
Faith is our eyes to see the invisible. It is our ability to look beyond the circumstances and

see possibility. Faith is our ability to find that higher power we need. It is Mickey in our corner saying, “Get up, Rock!”. Faith is our choice to look beyond what the bad report says and doing everything within us to fight and not listen to the voices of defeat and giving up. It is entering the fight to win whether we die trying or not and when the air clears no one can say we lost because of the spirit we fought with. Faith chooses not to turn to drugs, alcohol and suicide when faced with insurmountable odds against us. Faith cries out to a higher power outside themselves just so they can hear the voice clearly that says, “You got this!”
Yes, faith moves mountains, shuts the mouths of lions and clears our vision to see the possibilities of what is ahead. It is a wellspring of strength that is within us all.

FEAR IS THE OPPOSITE OF FAITH
By Benjamin Raven Pressley
From my book The Scroll and the Key, Book 2 of my Ravenquest fantasy, action series “How often we judge that we see and hear and then create an image that we fear when in reality we have nothing to base such fears upon. There is such a thing as danger and it must be dealt with but even danger should be dealt with courageously. Fear is a feeling. You feel hot. You feel cold. You feel afraid. Too much hot, too much cold….too much fear can kill you. It can kill you not only physically but long before it kills you physically it will kill your heart, mind, spirit and soul. It can turn the most valiant of heroes into a blubbering, thumb sucking weakling.

“Here is the reality though. Fear is an illusion. It is a figment of your imagination, a product of your mind. It is your imagination used wrongly. To control your imagination and to be untouchable by fear though struck down by real danger you still win. To respond in fear to any situation, you have already lost, unless you recognize it soon enough and pull out of its vortex that will surely drag you down to destruction if you allow it. The battle is not won or lost on the battlefield. It is won or lost right here.” He said as he pointed to his head. I cannot even explain the effect his words had upon me. It wasn’t that I could not speak, there was just no need to speak.

“When you sit upon a chair believing it will hold you, this is faith. If you begin to over analyze and create all kinds of made up reasons in your mind why you think the chair will not hold you this only results in you being very tired from standing when you could have just sat down and rested. Then someone comes along and sits in the chair and you feel really stupid. This is fear. It is the opposite of faith. Sometimes the Oraquist glows letting you know Eli is near,” The Oraquist began to glow in response, “and sometimes it does not. Yet you still trust that Eli is with you. This too is faith as it should be.” Then he asked us a strange question, “When you fight with your weapons do you have to be as strong as your opponent and push against the attacker and push him back?”

I answered, “No, we have found it easier and more effective to redirect the motion of an attack and use the attacker’s force and momentum to our advantage.” I said. “It is the same with fear. You should redirect its force and turn that which was meant to destroy you into something that serves you. Fear should be your slave, not your master. As it is engraved upon Ravensgaard, ‘Defender of Truth’. You deflect every attack and win every battle when fear and the enemy’s lies are not defended in your own strength or perceived as things seem to appear but are defended with truth. You trust your quest will succeed and you proceed from a place of confidence and a trust in he who has called you. In this you do well. Do so in all things. For is life itself not a quest?”

— Jazeer, Book 2 of RAVENQUEST, ‘The Scroll & The Key’ by Benjamin Raven Pressley

FOR MY ENTIRE RAVENQUEST SERIES CLICK ON IMAGE BELOW!